Grading 5 Visualizations From r/dataisbeautiful [May ‘22]

We love sifting through the super popular subreddit, Data is Beautiful, for data visualization inspiration. We graded five visualizations from June 2022. 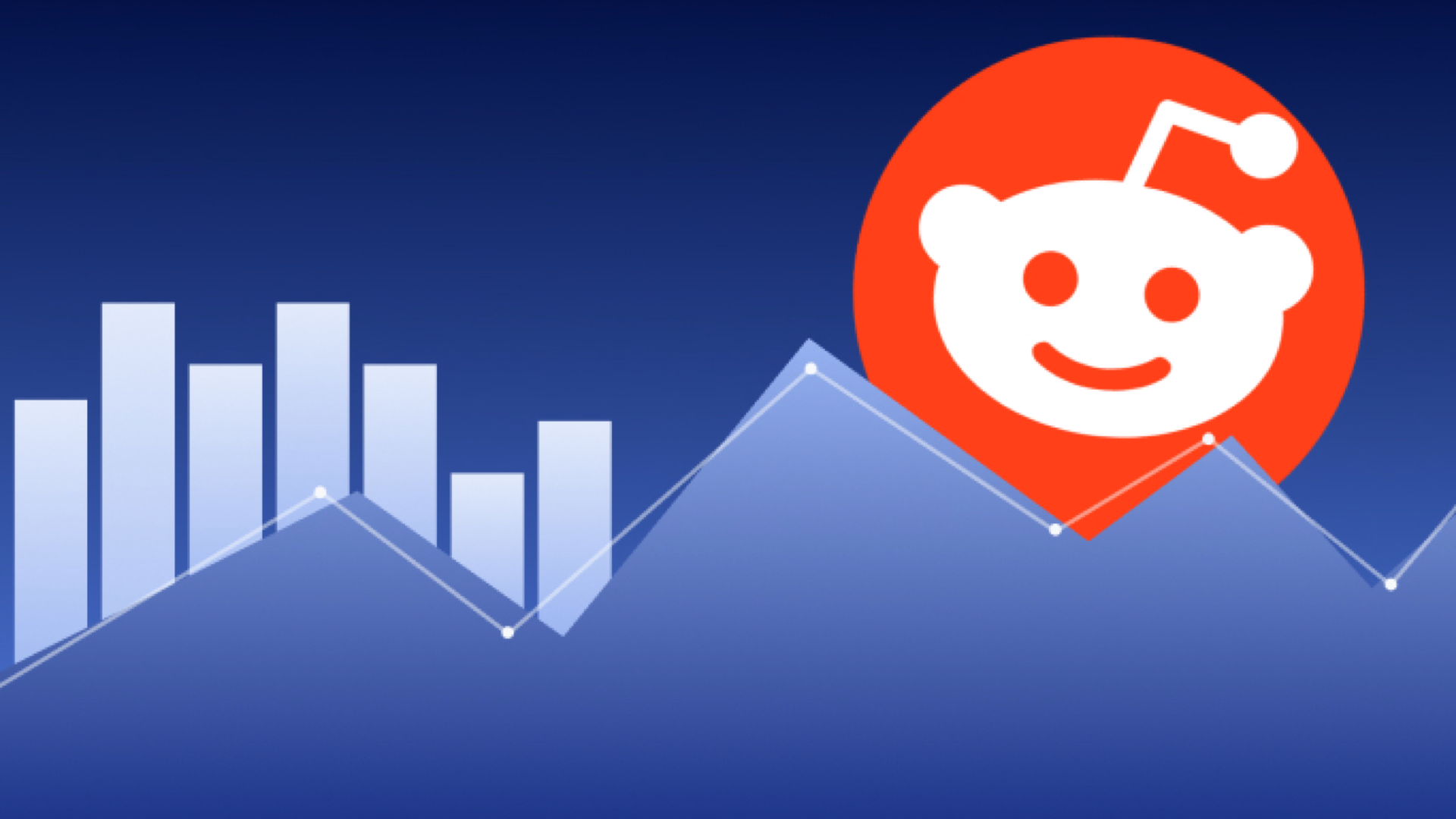 One of our favorite ways to spend a few minutes between work and meetings is to pursue the super popular subreddit “Data in Beautiful.”

We love that submissions come from all over the world and that we get exposed to interesting data and visualizations that we otherwise never would.

On top of the great submissions, we often enjoy reading through the comments because many subreddit members leave great, actionable feedback for the original poster.

If you don’t have the time to cruise through the subreddit from time to time, don’t worry - we do it for you and curate a handful that we find interesting. Read on to find five visualizations from May 2022 that we assess and grade for their quality.

The Concentration of the Population in Texas

In addition to how interesting the data is, it is pretty immediately clear what is represented in this visualization thanks to the clear title, data labels, and sources cited.

The creator, Philip Kearney, also earns points for the smart use of color. We love that there is a dark background for the geographic area outside of Texas, which makes the state outline really pop. Further, the choice of a light yellow to show the population clustering creates a really nice contrast that ensures accessibility for any view of this visualization.

Overall, this is a great data visualization that is both interesting and well executed. Bravo, Philip!

A Snapshot of Declining Cities

Use of Color & Styling: B

While there are many cities that are growing like crazy in the US, there are others that are declining significantly. This data visualization makes an attempt to show which cities have declined the most from 1970 to 2020.

We are intrigued! There is seemingly an endless rush of articles that highlight the top growing cities in the US, but there tends to be less information about which cities are struggling (and why they are struggling to grow). However, this visualization suffers a bit in its attempt to communicate this information clearly.

Let’s start with the main issue: the visualization orders the cities based on the percentage decline of its population (for instance, Gary, IN has the highest decline at 61%, so it’s at the top of the graphic), but it uses an absolute scale for the data values. So, at first glance, Detroit sticks out as the biggest decline, but that is only on an absolute number basis, not on a percentage basis.

Perhaps a better way to visualize this data would be to use a dual axis chart that shows both the percentage and the absolute decline. In this case, we don’t even know what the percentages are, other than the highest and lowest, thanks to the summary at the top of the visualization.

Further, we think that more intentional use of coloring and shading could have helped communicate the information better. In this case, it’s a very simple color palette (which is usually a good thing!), but it seems like a missed opportunity to use color to help tell the data story.

Overall, a great idea for a data visualization and kudos to Reddit User academiaadvice for taking a crack at a difficult graphic!

This is a fascinating and powerful visualization that shows just how expensive purchasing a home can be in certain areas of the United States.

A few things jump out immediately - with the exception of a few clusters in the Northeast and South Florida, the western part of the United States is a lot more expensive, on a relative basis, than the eastern part of the country.

Further, there are clusters where a typical home costs 15x the median annual salary! That’s wild and eye opening.

Anyone living in the US has experienced the surge of home prices in 2022, but this graphic does a great job of communicating the cost of a home in a succinct and powerful way.

We also like the use of a (relatively) unique measure - home price to median annual income. Very interesting and clever!

What is well executed about this data visualization is the clear labeling and data source explanations, the strong use of a color scale to represent the number of years, and clear and explanatory legend.

A few things to nitpick: the data source for the median annual income by county should be included and the legend should also include the note that gray represents counties with no data for the analysis. Further, the labels in the legend are a little janky compared to the clean design of the rest of the visualization.

Overall, this is well done! Kudos to Pietro Violo!

This data visualization just puts a smile on our faces. It’s fun, clear, and interesting! Even better, it makes for great party trivia. I wouldn’t have guessed that the average age of Bond across all the Bond movies was 44!

This visualization thrives in its simplicity. The design is clear, it is relatively easy to understand, and the data is interesting.

We particularly love the use of color. A crisp, black background with bright and distinct colors for each actor really helps the visualization pop. We also like the use of annotations to call out interesting and noteworthy facts from the data set.

The only small piece of advice we would give here is to include the sources that were used for the data in the visualization.

Overall, this data visualization is really simple, but it is very well executed. Also, you can’t put a price on putting a smile on our faces! Well done, Clemario!

Age Distribution in Congress Compared to US Population

Clarity of Information: B

Apparently we have a penchant for spotlighting visualizations that highlight the age distribution in the United States Congress, but I guess we find it interesting!

This visualization is a good example of using grouping to communicate data clearly and succinctly to make it easy for the reader to understand.

What’s creative about this data visualization is comparing the age of the entire US population across age bands to the US House of Representatives and Senate. While the results of this visualization are somewhat obvious, we were somewhat surprised to see that over 70% of the Senate is over 60 years old.

In addition, we found the distribution of the age bands of the general population to be somewhat interesting as well! The percentage of each band is almost identical until the bands reach 70-79 and 80+.

This visualization does suffer from a lack of cited sources on the graphic and no date period or range. Further, the graphic itself doesn’t even have a title! Citing sources, including an “as of” date, and using a descriptive title are “must haves” in our opinion!

We did like the dark background and strong colors, as they make the overall visualization eye-catching. However, we didn’t like the data label for the 80+ cohort in the House section - we can hardly read that it says 3%!

Overall, pretty solid job and another interesting view on the age of the United States congress. Well done, rahsosprout!

We always love spending some time on Data is Beautiful and assessing the visualizations that have been shared. We are always impressed by the creativity and dedication of the entire community on the subreddit.

Hopefully we have curated some visualizations that you find interesting. Even better, hopefully you learned something too! 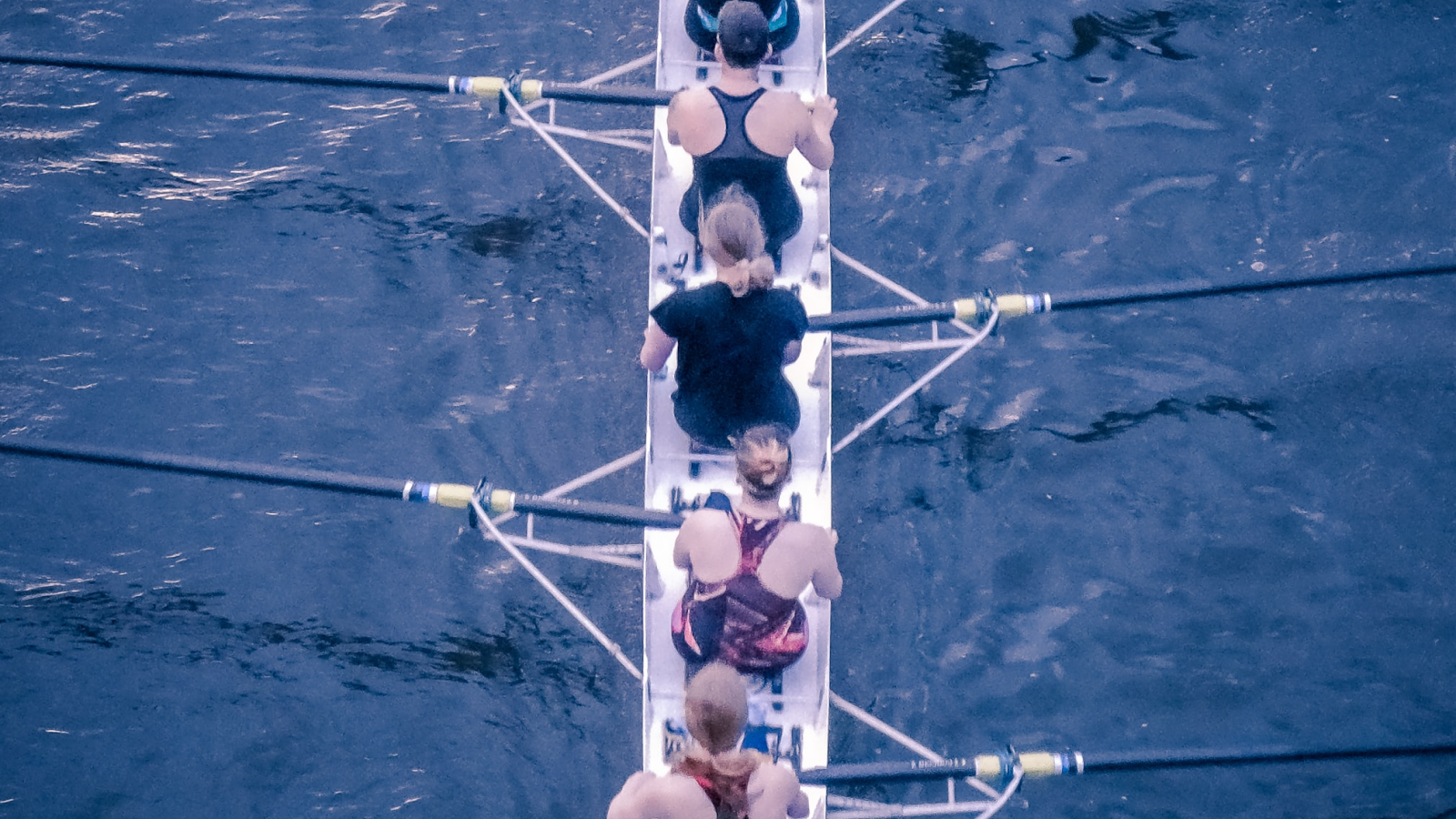 How to Give a Group Presentation
A presentation is only as good as its weakest speaker, so the pressure is on to make sure that everyone participating brings their best.
November 15, 2022 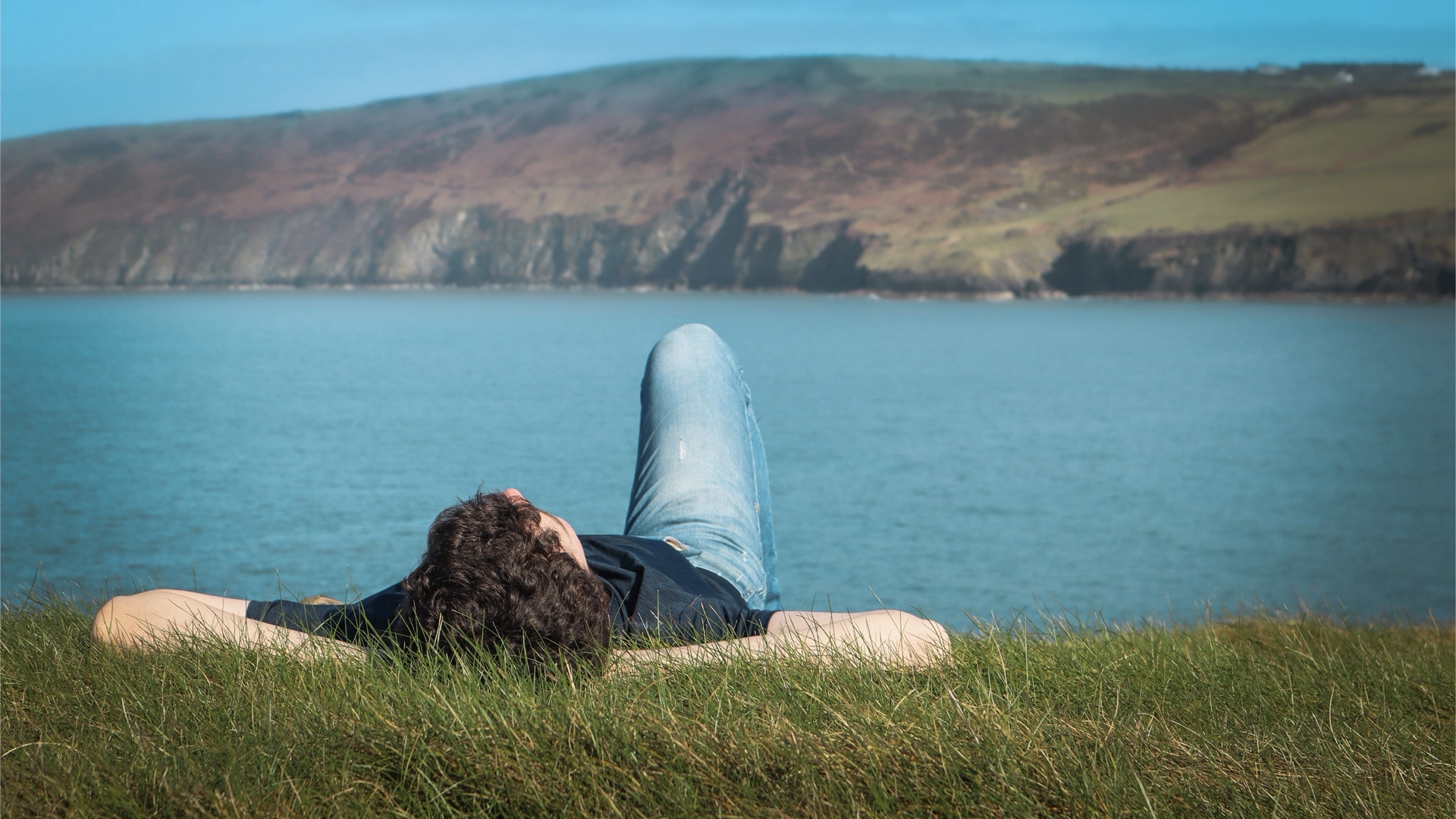 Why You Should Let Your Mind Wander to be More Productive
Mind wandering has a bad rap and can be seen as a waste of time. It turns out that mind wandering can actually help you be more creative and plan ahead better.
November 15, 2022 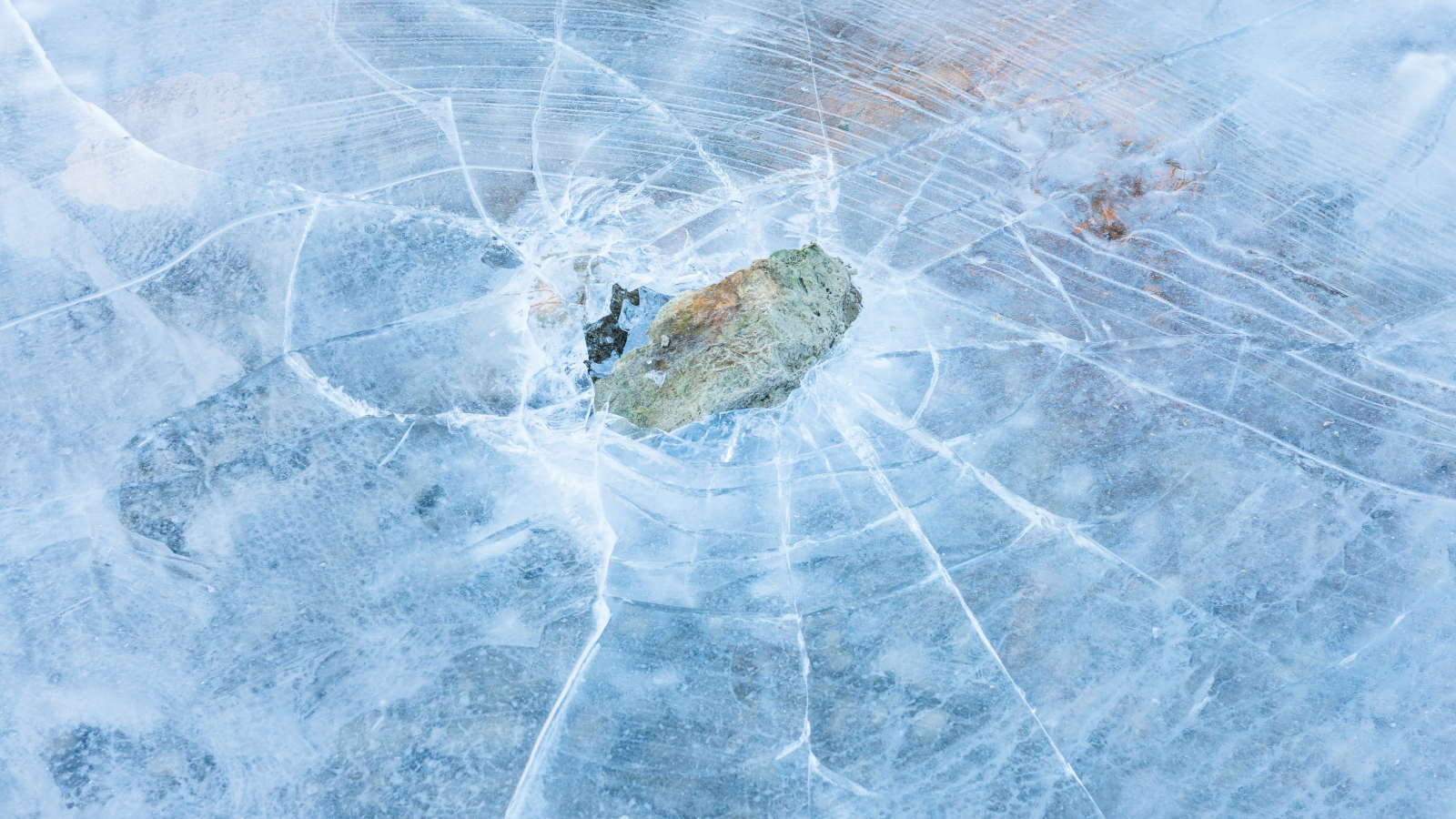 Should Icebreakers Be Used in Business Meetings?
Icebreakers are activities designed to lighten the mood, help individuals know each other, break down barriers. Do they have a place in business meetings?
November 15, 2022